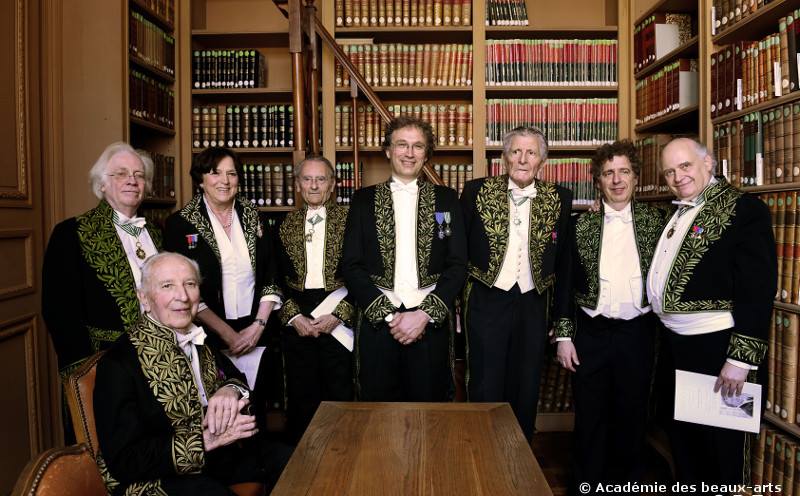 On 10 June 2015, Thierry Escaich was officially accepted as a member of the Académie des Beaux Arts in their Musical Composition section, after his election by fellow members of the Académie in March 2013.

Formed in 1816, the Académie des Beaux Arts is one of the five intellectual academies of the Institut de France, comprising 57 members who represent eight different art forms. The Académie seeks to encourage artistic creation in all its forms and promote French cultural heritage, and as such regularly organise musical competitions, prizes and financial assistance for artistic projects. Escaich occupies the post left formerly occupied by French organist Jacques Taddei, who died in 2012.

As part of Escaich’s official ceremony, he was presented with a bespoke sword decorated with musical shapes and symbols linked to composition and performance, both central to Escaich’s musical career.