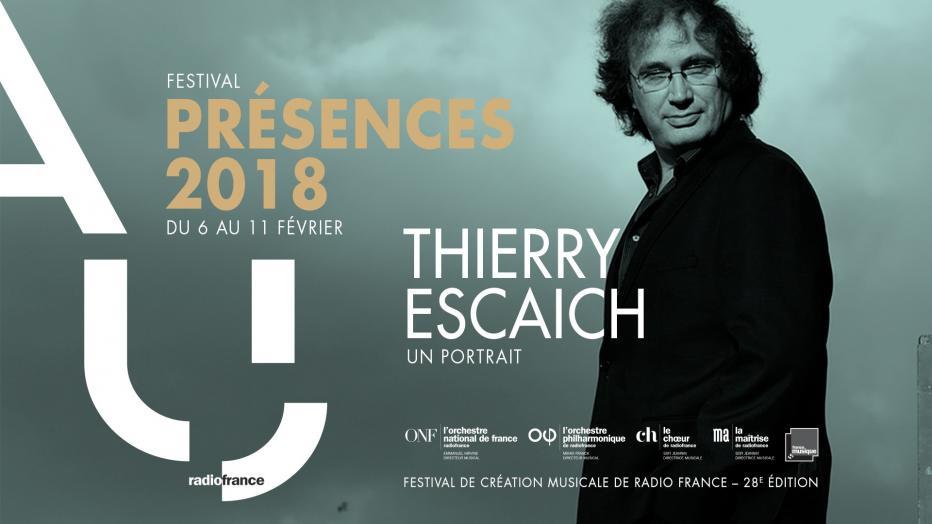 Thierry Escaich is the focus of a composer portrait throughout the 2018 Présences Festival at Radio France, which is held between 6 and 11 February 2018. Concerts include performances by the Orchestre Philharmonique de la Radio France, Orchestre National de France, Ensemble Intercontemporain and soloists, with ensembles and conductors including Thierry Escaich, Mikko Franck and André de Ridder.

The closing concert presents the world premiere of La Piste des chants, a new work for children’s choir and orchestra, and Escaich also joins the Orchestre Philharmonique de la Radio France to perform as soloist in his own Organ Concerto No.2, conducted by Mikko Franck. He also performs his tone poem for organ and orchestra, La Barque Solaire, on 9 February, and performs improvisations and chamber music throughout the festival.

Other works of Escaich are also performed throughout the festival, including the European premiere of Psalmos for orchestra, Sextet, and performances of many of his earlier and more recent works: Cris, Trio Américain, Nocturne and Choral’s Dream.